Nissan has its heart set on tackling the snow, with the all new 370Zki Roadster concept (pronounced unsurprisingly as 370 Ski). Built off the stock 370Z, the ‘roadster’ still got its powerful 332 hp engine. Of course, it requires more work than stripping out wheels and slapping on skis. Nissan partnered with American Track Truck to get this rear-wheel powered snowmobile ready for show.

END_OF_DOCUMENT_TOKEN_TO_BE_REPLACED

Nissan has taken wraps off the Juke-R. The new hatchback is powered by a 485hp twin-turbo V6 engine and can go from zero to 60mph in less than 3.6 seconds. If that sounds amazing enough for performance, know that the Juke-R gets its motor from the mighty GT-R. Now that ought to count for some hardcore performance.

END_OF_DOCUMENT_TOKEN_TO_BE_REPLACED

Nissan and Fuji TV have unveiled a car inspired by the One Piece manga. The vehicle is the Nissan Serena, basically a minivan covered in One Piece-themed illustrations. While anime and manga themed vehicles aren’t really a rarity, an automaker coming out with one sure is. Wonder if someone would be able to buy one with Naruto currency. 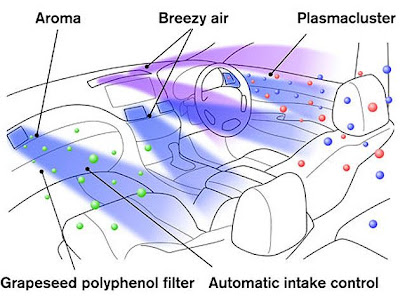 Nissan’s new Forest AC system adopts a rather unorthodox way of keeping the driver alert. Unlike other systems that draw the driver’s attention through sound or lights, this one uses the sense of smell. Like any other air conditioner, it controls temperature, humidity, and ventilation; as an added feature, it controls aroma as well. Based on a research that found people to be more alert in “natural breezes,” the system simulates the same effect. So it may release the fragrance of wood and leaves to maintain the driver’s attention. It is scheduled to debut later this year in the Nissan Fuga.