It is rather simple to call this the “frog watch” because the real name runs into a couple of miles. Just for the record, the full name of the watch is MB&F Horological Machine Number 3 Frog, but that of course doesn’t stop us from marveling at the masterpiece. The creation of engineer Maximilian Busser takes horology to three dimensions, in a very unorthodox design.

END_OF_DOCUMENT_TOKEN_TO_BE_REPLACED

Volcanic watch has ashes of the Eyjafjallajökull explosion

Every time I have to write about the volcano that should not be named, I thank the Gods for the copy+paste function. Now that the volcano has remained in global headlines for a long time, watchmaker Romain Jerome thought that it would be a good idea to create a watch with Eyjafjallajökull DNA, which is fancy-speak for the volcanic ashes. The one-of-a-kind watch has a face made of the volcano’s rock and ash, and even a certificate to declare its authenticity. In case you were wondering, the use of rock and ash is going to make this watch very, very expensive.

Twitwee clock has the Twitter bird replace the cuckoo

The Twitwee clock is not some old-fashioned cuckoo clock, but it’s one with a Twitter twist. For starters, the cuckoo bird has gone away to maker room for the Twitter bird. Also, rather than come out to chirp every hour, the Twitwee clock responds to a specific word, hashtag, or a username. When this happens, the bird comes out to cuckoo, and the tweet in question is displayed on the screen. The clock has been created by Haroon Baig. Another pic and video after the jump.
END_OF_DOCUMENT_TOKEN_TO_BE_REPLACED 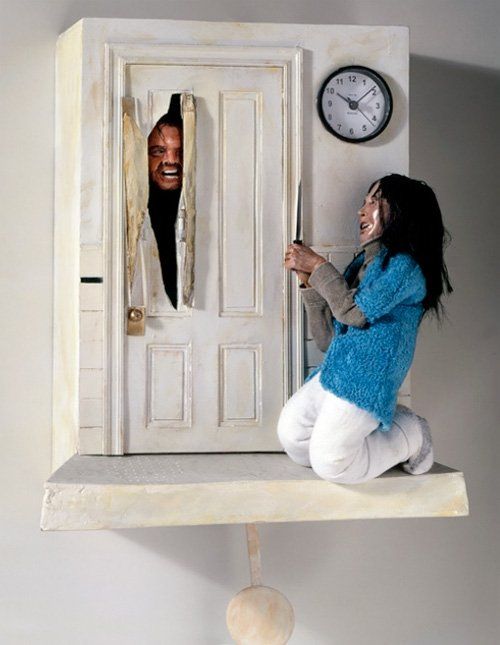 We like cuckoo clocks, and we’d like this one too if it didn’t look like a thing you’d break after a few hours. The clock is based on the classic movie “The Shining” and depicts the “Heeere’s Johnny!” scene from the movie. Also, in place of the cuckoo Johnny shows up every hour shouting “Heeere’s Johnny!” That’s probably where the breakage point comes after a few hours. 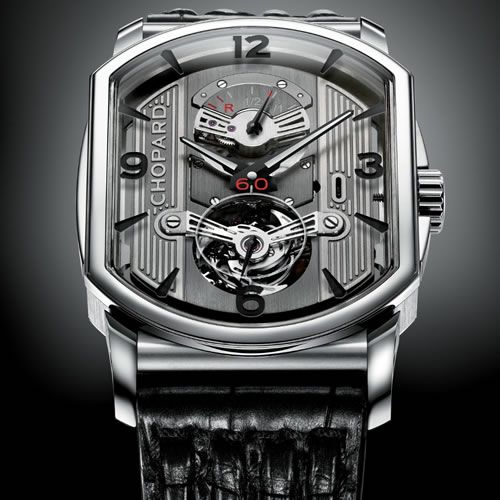 L.U.C. Engine One Tourbillon from Chopard owes some of its styling to automobile engines. The most visible is the engine-block styled dial, but other touches like the fuel gauge style power reserve indicator and an in-house caliber with a power reserve of 60 hours are cool as well. 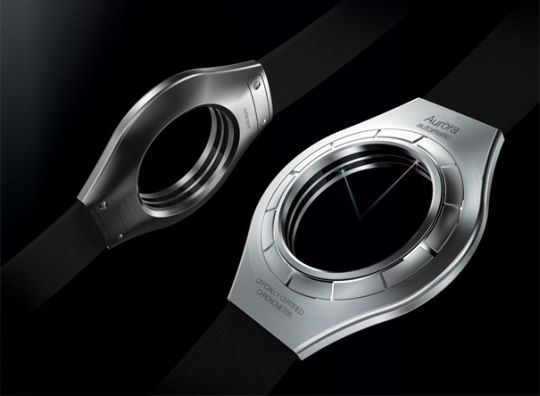 Aurora watch forgot its face at the design table

The Aurora watch concept doesn’t have a face, or a dial, but it pretty much makes up for it by using lasers. You just touch the watch, and the hands of the watch appear as lasers. Which is cool. Except that in a real application, you’d see a diagonal hand for hours, and another full diameter for minutes, which is of course more difficult to realize time by. Because that’s what lasers do, instead of magically disappearing in the center. Also, if you make the lasers weak enough, you’d never see time in the day. By the way, I’d be totally fine with the concept if tapping it created a 3-D holographic image that spoke the time. 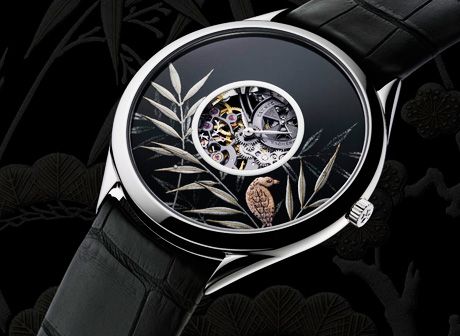 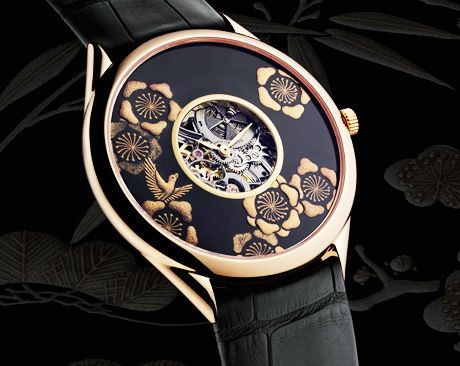 Just one good look at the watch, and it is clear as day that this is one expensive time teller to have. The watch itself is a part of the Métiers d’Art collection, which shows off various crafts. Lacquer applied on the watch comes from the traditional Japanese Maki-e technique. It has manual wound movements visible through the center of the dial. Only 20 such watches will be constructed each year, and each watch will be unique. 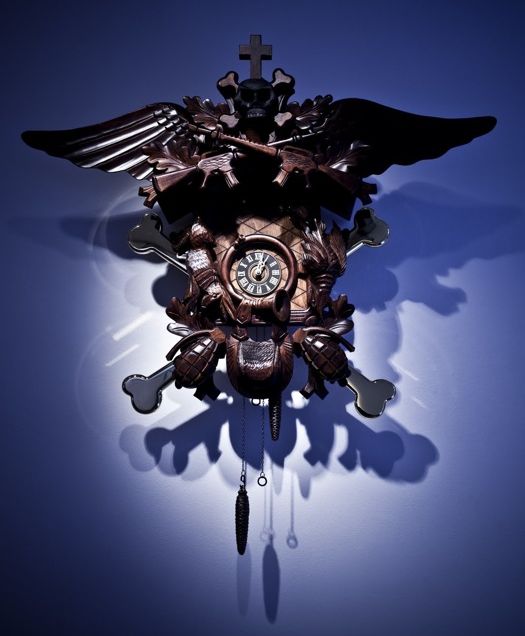 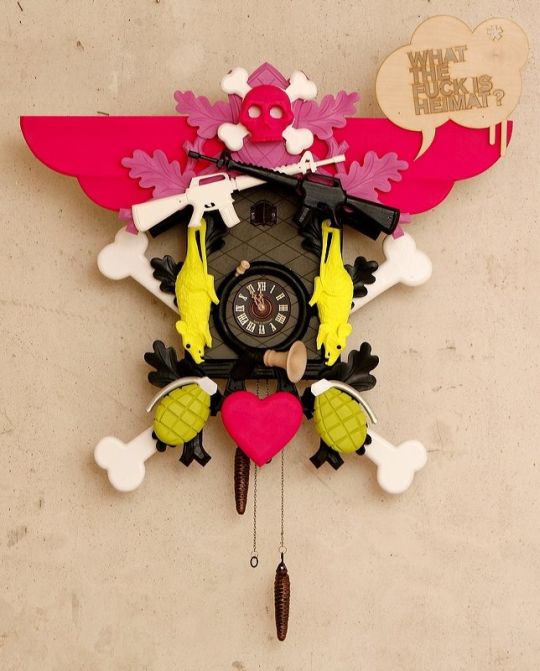 As a law of nature, cuckoo clocks are cool. German artist Stephen Strumbel, however loves to give these “innocent” timepieces a flavor of street art with weapons, violence, and the words “What the f**k is Heimat?” Well, to answer that:

Heimat is a quintessentially German concept, which roughly means homeland. “There is no English word for Heimat,” Strumbel explains. “Some people link Heimat to a place, for others it is a feeling.” 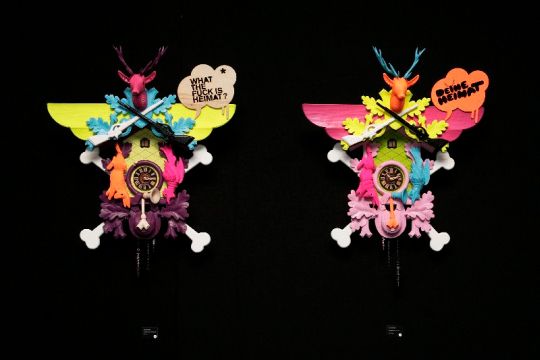 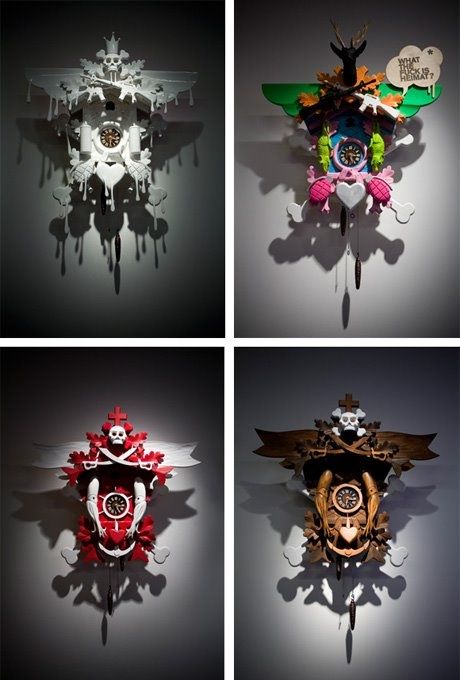 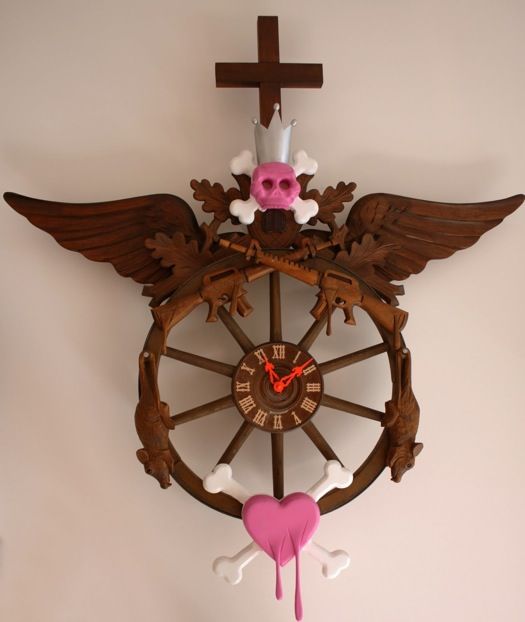 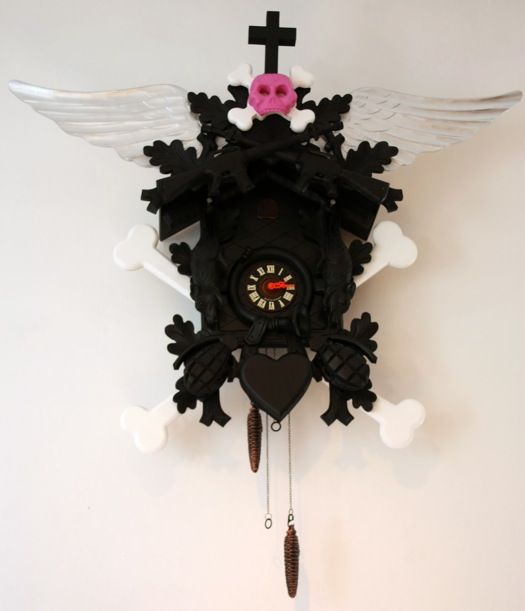 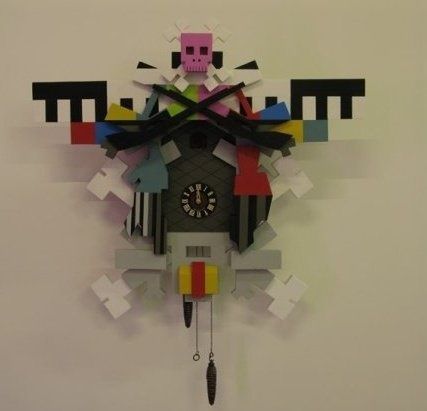 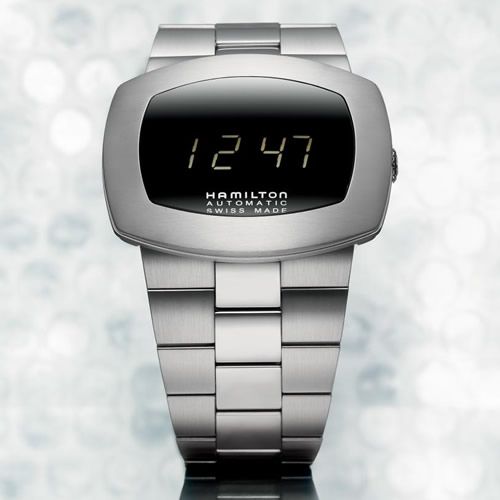 Hamilton To Release New Timepiece To Celebrate The Digital Watch

The digital watch is turning 40 this year, so it is quite obvious that some celebration should be in order. Hamilton Watches is doing exactly that, with a new digital watch, the Pulsonic. The watch with a somewhat minimalistic design includes Swiss automatic movement combined with a digital face. Costs $1495. 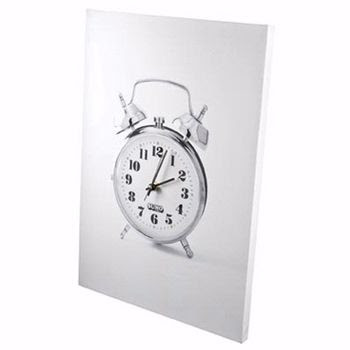 The real time Canvas Clock has a “modern monochromatic representation of the classic alarm clock” on a canvas, which probably qualifies it with the comparison with art that the seller makes, but no doubt it is pretty cool. The classic alarm clock “art” though, really does show time. Its 2 dimensional looks hold a 3 dimensional mechanism to have the time running. Costs $35.