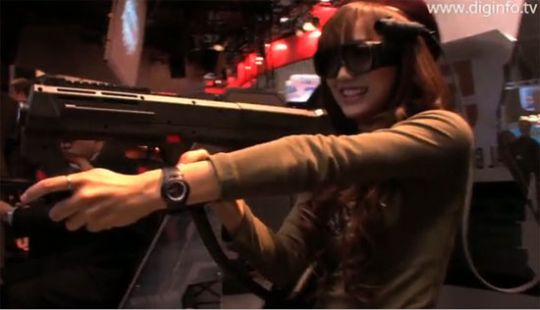 Arcade gaming rocks in Japan, more so, when you’re playing the Metal Gear “Don’t Call It VR” 3D. This third person shooter based in Hideo Kojima’s Metal Gear series has players wear a camera on the 3D goggles. The camera keeps track of your head’s movement, while an analog stick on the rifle controls movements. And yes, you aim and shoot with the gun in your hands. There’s still sometime before the game system officially releases, but we can barely wait.