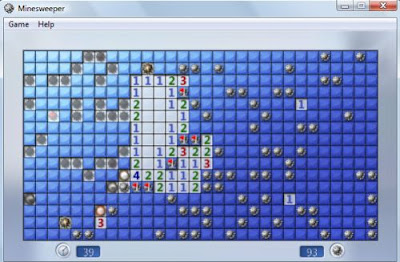 Even though it turns out as a surprize, a little thinking and you know Minesweeper has earned its title. It is the oldest and most frequently installed game to have ever been on a computer. CrunchGear says:

This game has been around since Windows 3.1, requires less concentration then solitaire, is small enough to hide when he boss shows up, and was wasting time long before the internet came out.